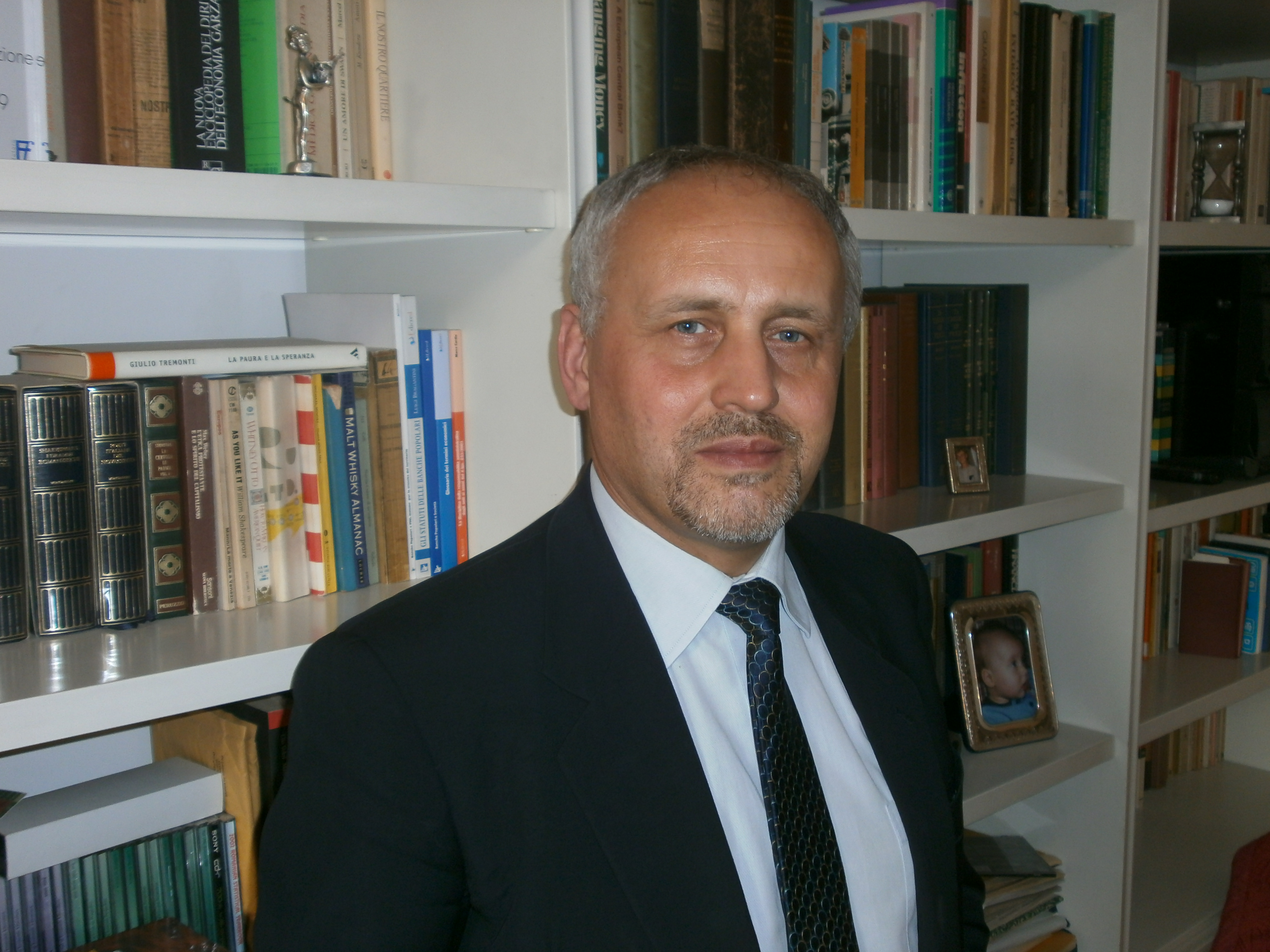 Born at Siena in 1957, married and father of two daughters. Undergraduate degree in economics at University of Siena and Ph.D. in Economics (New York University), from November 2012 is full professor of economics at the Department of Economics, Political Sciences and Modern Languages at the Maria Assunta Free University (LUMSA) where he has chaired the Master Degree in Economics, management and business administration and, from 2014 to 2018, was Deputy Rector for teaching and students' rights, chairs the Quality Assurance Committee and the Library Committee.

From 1999 at the University of Bari Aldo Moro, he chaired the Department of Economics & Mathematics (2005–12), was deputy Rector for international relations (2009–12), introduced and chaired the first two editions of the Master in International Business and Economic Cooperation (2005-07).

He envisaged and contributed building the School of Saint Nicholas for Intercultural Dialogue (SNS), a laic non-profit institution aiming at empowering society with education, knowledge and problem solving towards sustainability, interdisciplinary and intercultural dialogue.

At LUMSA he has co-founded and chairs the CeRBE (Center for Relationship Banking and Economics; https://sites.google.com/site/cerbelumsa/home). Established in 2013, the CeRBE aims to developing avenues of research and training in order to better understand the importance of relational goods as a means to overcome a simple Laissex-faire approach. In particular, the Center conducts academic research, from both the empirical and theoretical points of view, on two main fields: Relationship Banking and Relationship Economics.